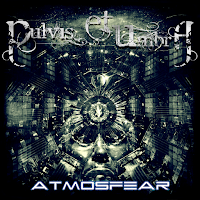 To start a small moment of culture, Pulvis Et Umbra means “Dust And Shadow”. I received this promo directly from the band. Thank you in advance for your confidence in the work of Blessed Altar Zine. What do we have here? A band from Italy and with only one member, a band that sails through Death Metal and while they are within this style, I like it. But … Damn, did there really have to be a “but”? The “but” is that they also navigate within Metalcore. Sorry for that (the band) but this style does not fit in my ears very well. So I’ll try to be as fair as I can. The Death Metal part of this band is very audible and I would even say, good listening. Songs like “The Soul Collectress”, “Crows Below To Her”, “Virus” (The beginning made me remember the extinct and very good North American band “DEATH”) (R.I.P.) among others, but here it comes … again the “but” … The band when it mixes the groove and the balance of metalcore, something that is typical in this musical style, in my opinion it looks it is lost, and this mixture of sounds, are not for me. The voice throughout the album is more shouted than sung and there is almost nothing related to the “Death Metal” kind of voice, with a lot of pity for me, very sincerely, because in my opinion I think it would give a lot more “weight” to the songs. Another thing I have to point to is the programmed drums, it is well programmed but it sounds like “plastic”. If I’m going to advise this to Death Metal lovers, I can, but I’ll also tell them that it’s not just Death Metal that they’re going to listen, because it has mixed metalcore. If I advise this band to more liberal listeners and listeners without problems with the mixture of sounds and “modernizations”? Yes, and I say to listen because the band shows a lot of quality… 6/10 The Key Keeper

Cosmic Void Ritual “The Excreted Remains of the Sabatier System”

Ride For Revenge – Sinking The Song

Austral Kult – Speak at the Devil