Germany’s Owl was created in the mid 2000s by Christian Kolf, who besides main songwriter and composer in Owl is also a member of Valborg and founder of the label Zeitgeister. The band began as a death metal project but really evolved over the years, “incorporating Kolf’s eclectic tastes and influences that’s resulted in an amalgam of death and doom”. The band claims to remind stylistically about Type O Negative, Neurosis, Anathema and Meshuggah. Yes, a lot of Type O Negative influence indeed, but I would add: what Katatonia and Anathema could have been! Actually the bands production is much more than this. It’s an overall experience for the soul and heart, which needs to be met and lived over and over again…

This is the 3rd full-length album and it has been on the edge to be released due to the impact of the death of the bassist René Marquis. Over 4 years in the making, the band’s long-awaited record is finaly here. And I would like to thank all gods, from all worlds and galaxies, for this record. To be honest it’s been a while since an album has touched me so deeply at first listen as the new Owl’s record “Nights in distrotion”. Deep, profound, SAD, glorious! Only 6 songs but what a package! The album stylistically combines many elements of doom, death, gothic, even some ambient parts. Multi-layered, carrying so much pain, so much emotions. Gorgeous. Parts of clear guitar of sadness, desperate crying vocals, then raging riffs, screams and crescendos, distorted reality, hallucinations, frantic bursts, raging upon misery existence. Then again drowning, again in solitude, darkness and hopeless gothic melancholy. But when the track is over, I feel suddenly uplifted towards the skies. It is a musical madness, throwing me into various conditions, various states – depressive, euphoric, winter, summer, dreams, no reality.

The music amalgam simply made me forget the world.

Should I dissect song by song. Hell NO! “Nights In Distortion” is among the finest musical experiences I have listened so far in 2018. Period.  10/10 Count Vlad 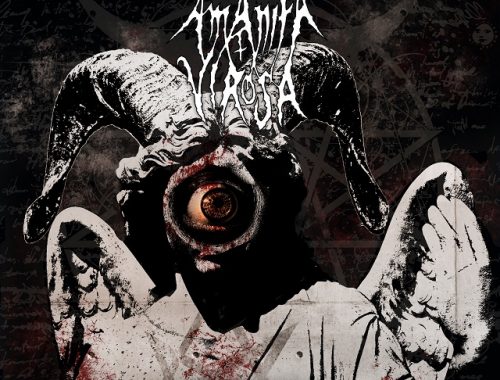