Now, this was a surprise! I was notified in the email, that Unreqvited has new record dropped on BC. What?! After the monstrous “Stars Wept To The Sea” (read my thoughts on it here) released in the spring, another record? Only half a year later after releasing one of the finest albums in 2018?

And indeed 鬼 has masterminded another remarkable, glorious release. 5 songs of dreams, hopes, gorgeous melodies. 5 songs to travel through your memories, pains and gains, and carry on all these hopes and dreams into the future. You just need to lay down, gazing into the falling evening dusk, play “Mosaic I: l’amour et l’ardeur” and dream away. Drifting away. Even look at the cover art – storytelling and colourful dreams. For some memorable 42 minutes. Physically the album will be available on 23 of November, and until then, the digital format is there for us. 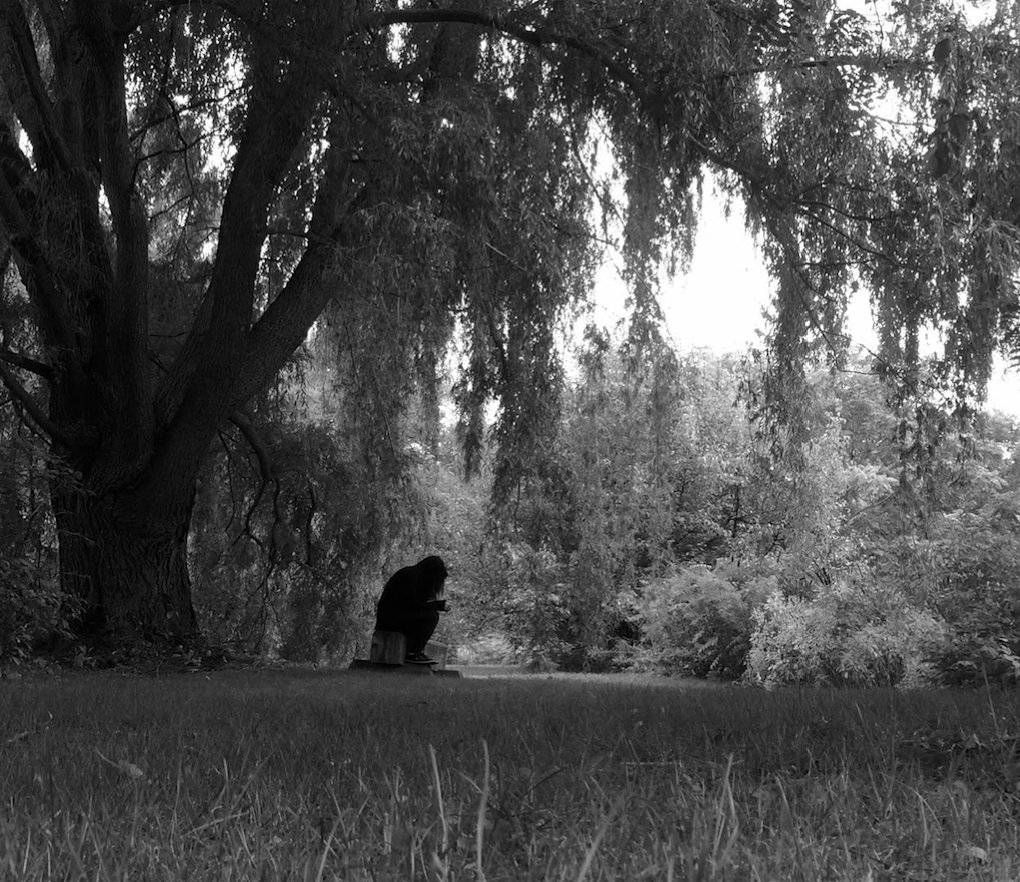 The album begins with the gracious “Sunrise”, an instrumental track, so gentle and beautiful, a melody dancing under the shining sun of a new day – open, light, clear, full of hope. “Dreamscape” continues the more “open”, full of light and positive direction. It is more progressive, abounding of the typical post-black screams by 鬼, catchy solos all the way thought, keys, piano, clear guitars and eerie ambient passages. “Radiant” is an epic, monumental track – atmospheric, destined to describe someone’s life story. Very much progressive and in the same time heavy. “Balance” begins and continues to its end as it’s from some movie soundtrack – dreaming, mesmerizing with secret smile, opened for life, opened to the world, opened for light – so vivid despite of the harsh screams, due to the gentle pianos, solos and piling up layers of emotions. The record ends with the 13-minutes “Permanence” which just encompasses everything so far. Dreamy, catchy atmosphere to drown in, progressiveness and hope. Only for the first part though. Heavy fatality prevails in the second part of the song until the very end of it.

The record is full of unique atmosphere, pianos, ambient, keys, light passages (saying this again). It is definitely much more positive than the “Stars”. Maybe just here it looses some points with me. But yes, both albums differ in their attitude, mood and perspective. The blackgaze now has made a space for sun rays, the post-black has gone post-rock and progressive. Somehow “Mosaic I: l’amour et l’ardeur” crosses a bit the Alcest path (and even latest Anathema), but rapidly turns away and keeps on running in its own unique way, creating own worlds and visions. Soundwise it is more polished, not that rawer, as “Stars”. It is a high quality record from this perspective.

Overall “Mosaic I: l’amour et l’ardeur” is like a soundtrack of someone’s lifetime journey, galloping through the years, feeling and reviving all the bitter sweet memories from the childhood until the last days in life, when you feel light is fading, but still holding on to your dreams…9/10 Count Vlad

If you are curious what 鬼 told us in his exclusive interview for Blessed Altar Zine, just check here

9/10 Epic Storm
**Please support the underground! It’s vital to the future of our genre
#WeAreBlessedAltarZine
#TheZineSupportingTheUnderground

Body Void – Bury Me Beneath This Rotting Earth Wolfheart – Constellation Of The Black Light