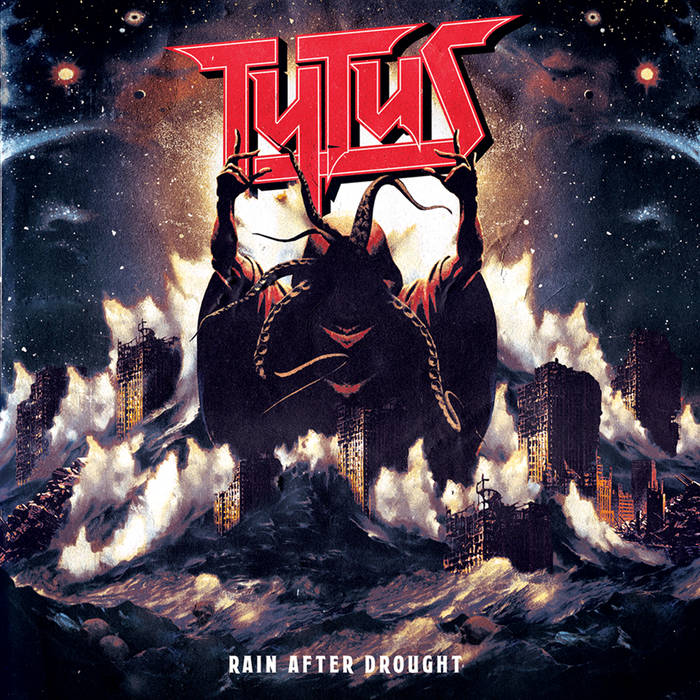 For me, metal is in a good place right now. 2018 was a stellar year and 2019 has made a ripping start! And you know, sometimes I can’t help but repeat myself – the naysayers, even some noted metal journos are just not looking hard enough. The diversity that is afforded the style is extremely broad, whether it be the in mainstream or the prolific depths of the underground. If you want brutality, oh man, the choices…just put in some work and you will unearth a trove of deathly delights. If you want extremity and the progressive, push-the-goddamn-boundaries-of-the-weird, then it’s all there. There is no excuse.  Choose laziness if you wish.

And what the hell does that have to do with this new TYTUS album? Well, you see, the kind of metal that this Italian quartet peddle could easily be passed off as rather predictable, which in turn may cause a somewhat indolent attitude to cloud one’s judgement. TYTUS are unashamedly old school metal. They wallow in the waters of 80’s classic speed/NWOBHM – a sneering, high octane, purposefully energetic, melodic, yet essentially a straightforward conveyance of the style. New? Fuck no! Of course not! And therein lies the potential apathetic malaise that will ensnare a few listeners, leading to them ignoring this completely. Because, you know, it’s not Iron Maiden! Still, TYTUS play the kind of material that we (us old farts, anyway) grew up on. There is clearly a homage here to all that has gone before them – a respect to the founding fathers if you will, but delivered with their own personality and attitude, just enough to avoid the ‘knock-off’ tag being hung around their neck. One thing is certain – you don’t come to TYTUS looking for the next big thing in metal. But if you’re a fan of that classic 80’s metal vibe with a decidedly NWOBHM flavour to it, then “Rain After Drought” (their second album) is going to provide you with a heap fun and entertainment.

TYTUS clearly love what they do. “Rain After Drought” sounds like a band that has honed their style in the live setting by presenting 10 solid metal tunes that cover the gamut from speedy riff driven thrashers – ‘Move On Over, Disobey’ and the ripping ‘The Storm to Kill Us All’, the Maiden-esque (Killers era) ‘The Dark Wave’ to the mid-album twin cornerstones – the title track instrumental part 1 (featuring some superb dual melodic leads) that drops into the epic power ballad like part 2. Delivered with passion and conviction, “Rain After Drought” romps along with a dynamic catchiness that will have you head snapping and mouth grinning from ear to ear. The production is crisp and clean (perhaps a little too much) and vocally, frontman Ilija Riffmeister sells the whole shebang like the satisfied owner of a well-stocked candy store!

As cool as this album sounds, it is clear to me that these compositions will come to life to a greater extend in the live setting. As stated, if there is something to be slightly critical about, it is the rather stunted production – personally, I’d like it a little rougher around the edges and a proclivity to letting the riffs refrain a little more for added urgency. I’m being really picky here, because “Rain After Drought” does possess an energetic sound – it’s just a tad clean, that’s all. It very possible that you may not even hear that! Whatever the case, I believe it will be in the live environment where these songs will do their best work!

Two albums in since their 2014 formation, TYTUS are now a cool, well drilled metal band. They are also a heap of fun. Killer riffs and leads and a punchy animated attitude infests this 46 minute affair from start to finish. If you are keen on the classic 80’s metal style and are happy to give yourself over to a band who love it just as much as you without expecting genre defining compositions, then “Rain After Drought” represents one of the better Heavy Metal albums coming out of Italy this year. But yeah, choose laziness if you wish…. 7.5/10 KMaN

7.5/10  Victory is Possible
**Please support the underground! It’s vital to the future of our genre.**
#WeAreBlessedAltarZine
#TheZineSupportingTheUnderground 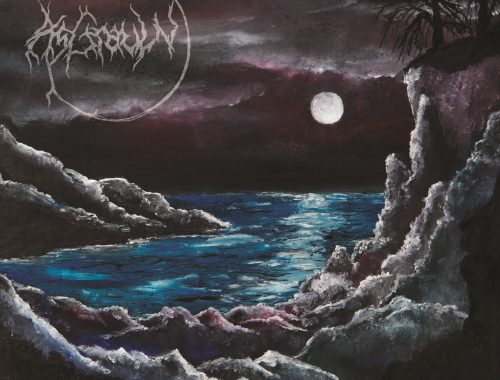