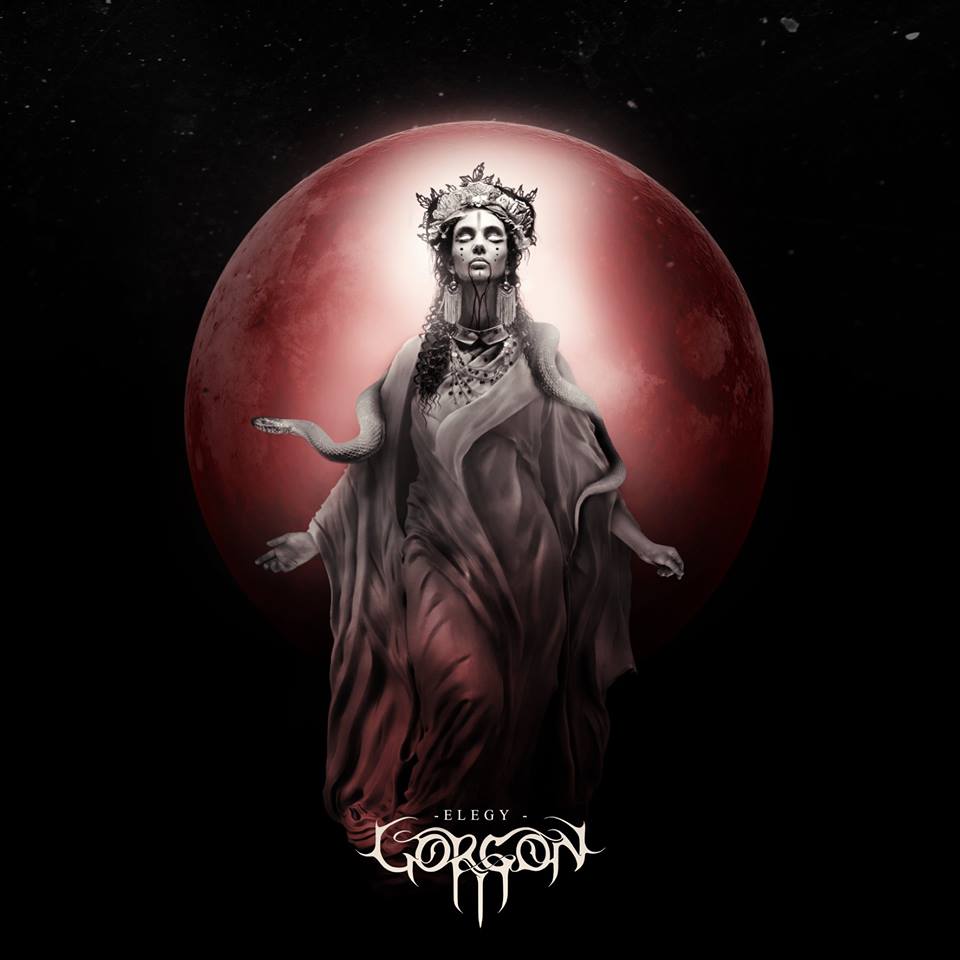 January will never set the world on fire as far as the metal release kalendarium goes, and was bemoaned by some (don’t look at us) for proffering especially meagre fare this time round. But in one area alone could all of us bickering armchairists agree that it provided feast rather than famine, and that was in the niche genre of French extreme metal bands called GORGON. One is an Antibean veteran black/thrash rapscallion whose Bandcamp URL is provocatively set as ‘thetruegorgon’; the other a comparatively juvenile Parisian symphonic death tempest, now beginning (I shall argue) to gather momentum. But in a fight, which one would win? Well, while assuredly La France is big enough for the both of them, I think the advantage lies with the younger, more forward-thinking act. Let’s see why.

Elegy is conceived as an ode to women and is a bit of a conceptual about-face for the band’s mastermind Paul Thureau.  Where GORGON’s first album, 2016’s Titanomachy, firmly located itself in Hellenic worship (you’ll know what a gorgon is if you’ve watched Jason and the Argonauts studied Ovid’s Metamorphoses), like Alexander the Great himself Thureau has set his sights to the East, and the resulting work is drenched in a syncretic perfume of oriental and Arabic motifs.  The key ingredient in achieving this is the presence of Tunisian singer Safa Heraghi on every track, who sounds like less of a hired hand than a summoned elemental.  You may have heard her – if you made it that far – on the third disc of SCHAMMASCH’s Triangle, and on the DEVIN TOWNSEND PROJECT’s Z2. I also found a few old ASMR videos posted by Heraghi on YouTube, and it makes perfect sense that there would be a market for this once you’ve beheld her sorcery.  She is by far and away the album’s unique selling point, which is not to downplay the sophisticated writing that belies the band’s youth, or the record’s vast, cinematic treatment at the hands of producer Jussi Kulomaa.  But wait – for me, at least, there’s one thing to clear up.  Is this that kind of an ode to women?  The jiggling, bouncing kind of ‘ode’?

Well, it’s apt that an elegy is described as a somewhat mournful poem, because this reviewer is unable to be chipper about the situation of women within the present symphonic black/death landscape.  “But the women are everywhere!” I can hear you frothing.  “Look – they’re right at the front!”  Perhaps you (thou straw man) become so animated that you knock your box of Kleenex off the desk, causing a nearby poster of ARCH ENEMY to ripple in the resulting change of air pressure.  I don’t want to be in the business of knocking other women in metal.  There’s enough of that, and this stuff is positively benign compared to some of the shit that’s crept out of the mist since the dawn of the genre.  But I think that symphonic metal has an image problem.  No doubt this is because it utilises the cosplayish couture of its fantasy/horror-themed counterparts in literature, video games and the visual arts, and I get that this is part of the appeal for many.  But too much of a good thing is ultimately anaesthetising, and that’s not what any of us are here for.  And so, when Elegy was first announced, though I was titillated by its intended message, I still approached it with all the trepidation of walking into a bathroom straight after someone.

I needn’t have worried: this one’s different.  In fact, owing to the record’s unique and exotic soundscape, the intrepid reviewer might have to travel outside of the genre to look for points of comparison, where the above problems are not so prevalent anyway.  Though the obvious thing to do would be to invoke SEPTICFLESH – whom most of these albums are usually described as either sounding like or not sounding like – and while there are positive similarities (glossy production, thick orchestral overlay), I can’t think of many recent symphonic death or straight-up death acts who have embraced the Middle Eastern sound so completely and convincingly other than AKHENATEN.  For this you need to start looking towards prog – mainstays such as ORPHANED LAND, or newcomers AHL SINA – or blacker outfits MELECHESH, ARALLU, AL-NAMROOD, et al.  It is to GORGON‘s credit that they are carving out their own place among these on what is only their sophomore album and a giant leap forward from the significantly less substantial Titanomachy.  What could have become an elaborate dress-up along the lines of MAYAN or EX DEO has become something with influences much less easy to pin down, and so intrinsically more satisfying to pick apart.

Elegy is six full-length songs framed by two antiphons, ‘Origins’ and the title track.  It’s appropriate that the former, which treats of the germ from which all of creation sprung (and likening it to an embryo), is itself a sampler of what we can expect to find across the succeeding forty-or-so minutes: a scaffolding of blast beats and blackened death riffing, draped with swathes of sweeping orchestrations, subjected to gorgeous melismatic tides commanded by Heraghi and then battered to all fuckery by Thureau’s monstrous voice box.  FRANK ZAPPA’s signature baritone was caused by damage to his larynx when he was pushed off a London stage into the orchestra pit in 1971, and I dearly hope that Thureau hasn’t met with a similar accident (I suspect it is studio wizardry), but it sure as hell sounds like he has.  I’m not sure when I last heard such a deep, thundering voice, and this, combined with Heraghi’s ever-present breathy Arabic tones, communicates the feeling of being engulfed by a desert storm.  It’s deeply immersive but in a non-cheesy, non-culture-appropriating way, with an attention to detail and quest for authenticity that can also be found on Dusktone labelmates SCUORN’s Parthenope.  It might not be your thing, but it’s better-done than the other similar things that might not be your thing – if you catch my drift.

The comparison between universal creation and embryonal gestation runs throughout the album, and it’s an old one: it can be found in various mythologies, in the wisdom literature of the Old Testament, the writings of the Church Fathers, the Akathist hymn of the fifth/sixth century and other traditional liturgies (particularly the Marian ones).  I’m told it occurs in Islamic literature, which shares some strands with the aforementioned, and of course, its contemplation forms a part of some modern spiritualities.  Just as the idea itself has proven bigger than any one particular culture, we see this reflected in a bit of lyrical skipping about between songs: you have the Mary/Eve dichotomy alluded to, Hecate, Pandora, and even a deity of Thureau’s own devising on ‘Ishassara’.  Rarely for this style, women are given a dignified treatment and an equal voice and place within the composition: each song is experienced from the perspective of both male and female, and they come together on a few of them – such as ‘Under a Bleeding Moon’ and the album’s climax, ‘Of Divinity and Flesh’ – in a way that is positively romantic (and if you think that’s not compatible with devastating doses of heaviness, think again).  I wasn’t able to decipher ‘Nemesis’, but when I read the lyrics through the lens of female genital mutilation, I came close to tears.

The band have written of their intention to collapse dualities with these songs, which (although I think this is needed) seems pretty hard to achieve, because you still have to define two things as distinct before proceeding to blur those distinctions.  It’s an enterprise we’ve seen undertaken before, especially in black metal: HELLEBORUS examined sensuality and mysticism on The Carnal Sabbath (2016) and RUDRA made their position clear on the same year’s Enemy of Duality.  Employing the usual ‘Beauty and the Beast’ style that’s become a cliche of symphonic metal simply wouldn’t have cut it here.  But equally, I’m sure the album will not fail to satisfy those who enjoy it, as well as attracting listeners from the prog and epic fandoms.

In summary, as someone’s who’s a keen proponent of metal moving forwards (whilst honouring ye ancients, of course), of seeing genres fracture and fuse and travel to the four corners of the earth for inspiration, I was both excited and reticent about this release, because really GORGON don’t have much prior form and it was difficult to predict what the result of such an ambitious project would be.  Would this be another thinly-veiled excuse to pour Ann Other into a corset and stick her in front of a troupe of competent but beige backing musicians?  It’s turned out to be so much more: powerful, yet tender, with a symbolic density matched by high production values, giving a sound that’s both monstrous and nuanced.  And by ensuring that Heraghi’s vocals are ubiquitous, rather than a palate cleanser between the harsher passages, they’ve also succeeded in smashing some old tropes.  I thought this genre was a dead end, but now I’m paying attention. 8.5/10 The Grim Princess 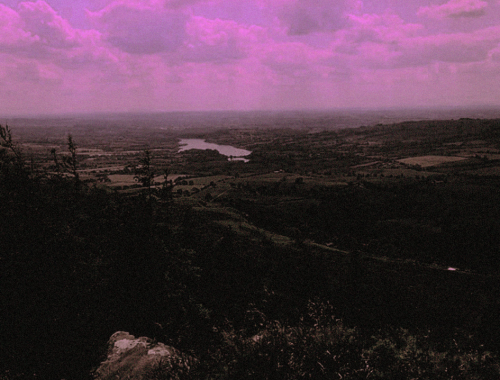 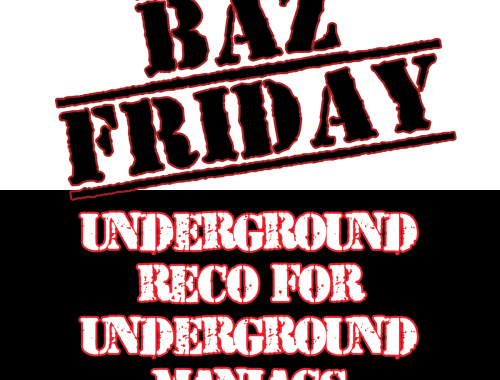