Following their 2017 debut ‘Dark Towers / Bright Lights’, Germany’s CRANIAL released their tremendous follow up ‘Alternate Endings’ back in August. Now the album is getting a second release on Sludgelord Records and it’s a gigantic beast of powerful riffs and hypnotic, atmospheric textures. Guitarist Bastian generously took the time to answer my questions for the band. Check out the interview below and go to Sludgelord Records on Bandcamp and show some love to the band and the label by picking up a copy of the latest album.

– Hello, and on behalf of Blessed Altar Zine thanks very much for agreeing to this interview. I’ve been listening to the new album ‘Alternate Endings’ a lot over the past weeks and enjoying it a lot. I know this is your second full-length after ‘Dark Towers/ Bright Lights’, how was the recording process for you this time around?

B – Thank you for your interest in our band! My name is Bastian and I play guitar in Cranial. We went to Ghost City Recordings in March 2019 and recorded everything in one week. We played everything live and did some overdubs afterwards. We did it song by song. It was a really dynamic process, which was perfectly fitting. After the mixing was done, we send it to Magnus Lindberg (Cult of Luna) and he did the master. In the end everything sounded perfect to us.

– I worked my way backwards from the latest release and discovered Michael Melchers’ old band Omega Massif, which I’ve enjoyed listening to as well. How would you describe the difference in style between Cranial and Omega Massif?

B – I think the difference is that Cranial sounds more raw in general, more sludgy and a little less atmospheric than Omega. Cranial has fast and mid-tempo parts and we have samples and vocals what is a big difference. 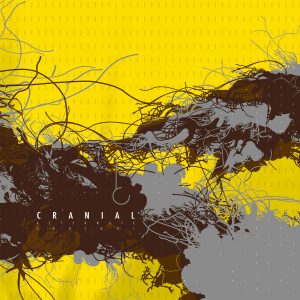 B – Neurosis is a band everybody in Cranial can easily agree on but each member brings his own individual influences to the table. There are no specific bands; everybody listens to different kind of music. We create the sounds that we want to hear.

– What’s the song writing process like for you? Your songs have a great flow to them, how much is pre-planned and how much do you work things out as you play them together?

B – Michael (guitar) demos raw riffs and structures and send them over to the rest of the band. Everybody puts his style and sound in the mix. We work things out in the practise room and try what we think is fitting. We do not ask ourselves if a riff or a sound fits our genre. We write what feels comfortable and fun to us.

– How would you describe the meaning of the album title? Is there an overall theme to the album?

B – There is not an overall theme. Since we have very personal and very emotional lyrics the title of the album can be seen as a metaphor for emotional states. Each song sounds a little different and so is each song is taking a little bit of a different path concerning the lyrics, often with an open ending.

– How have your experiences been playing your music live? Have you toured internationally? What live concerts do you have planned to promote the new album?

B – We love playing live. Since we have families and full time jobs we cannot tour that much. We played in some countries surrounding Germany so far and we will go on to do so. Lets see what comes next! 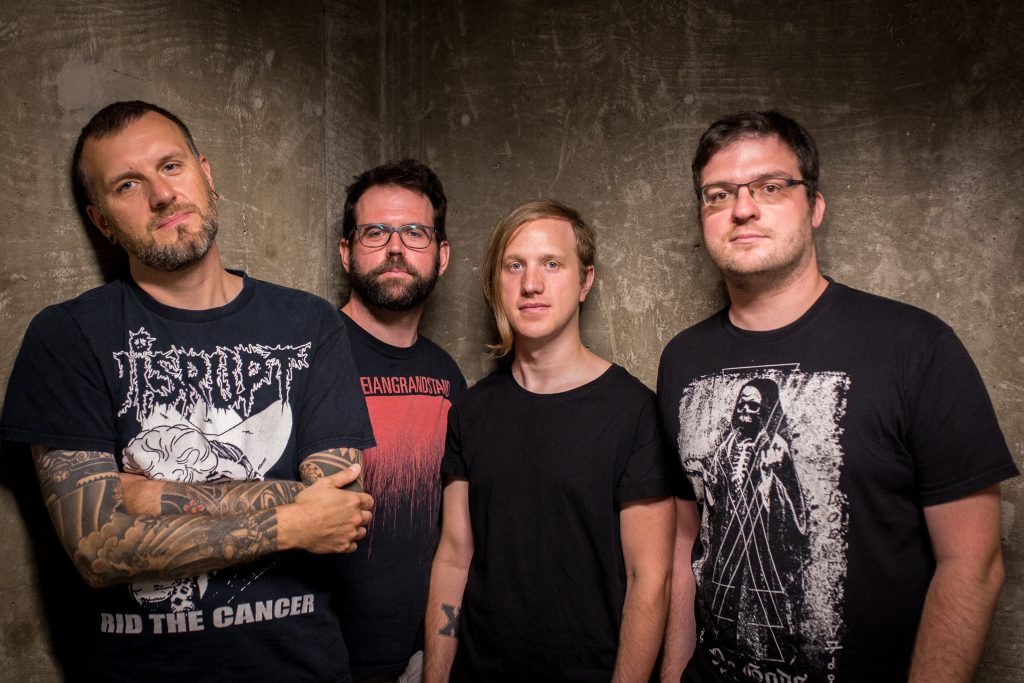 – There’s a lot of great music being released on Sludgelord Records at the moment. Do you feel like you’re part of a scene, are there other bands you feel are making music in the same kind of area as you are?

B – Aaron at Sludgelord is amazing, he supports us so much. I am not sure, but I think we are part of a scene where heavy, atmospheric and loud music takes place. There are a ton of bands in the same area. In every country you will find so many great bands playing loud and interesting music, too much to mention. We played Dunkfest in Belgium where there is a lot of great Post-Rock taking place and we felt comfortable; we played Flufffest in the Czech Republic which is a Punk/Hardcore-Festival and we felt comfortable; and we played Soulcrusher in the Netherlands where a lot of really heavy stuff takes place and of course also that was great.

– How much of your time is dedicated to the band? Are the band members all working day jobs too?

B – We are not a full time band. We all working day jobs full time and focus our free time on the band.

– Is there any new music that’s inspired you recently that you’d like to share with our readers?

B – There is so much. For me personally ENDON form Japan is a band I recently discovered and they are really inspiring to me. This band has no limits at all. Also FRIENDSHIP from Japan is amazing. Also DEAFKIDS from Brazil or DAUGHTERS (USA) to name a few.

B – We will play more shows to promote the new album. And we are already working on new stuff.

– Thanks again for your time and I hope ‘Alternate Endings’ gets the great reception it deserves, 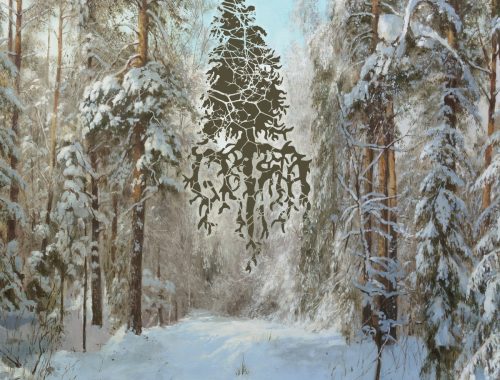 Grima – Will of the Primordial