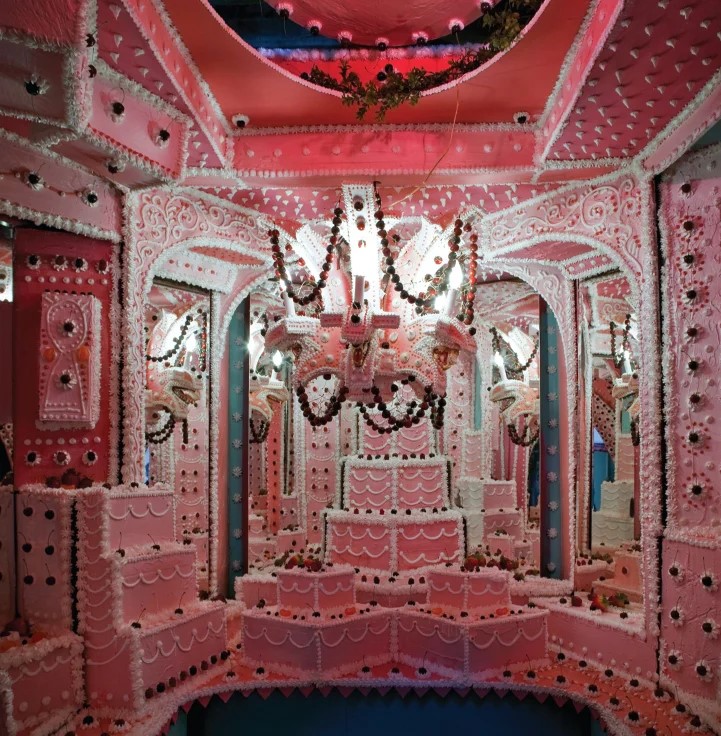 In amongst all the conversations we have about Metal, you can be sure the word “heavy” comes up a lot. It doesn’t have to be “Heavy Metal”, just Metal that is heavy, weighty, powerful, impactful. All these things. But what about another word, “intense”? To be sure a lot of heavy music is intense, but you don’t have to be making music as gigantically sonically crushing as CROWBAR to be authentically intense. I remember years ago discovering the album “Hard Volume” by ROLLINS BAND. Good old “Hank the Crank” Rollins never seemed to embody sheer, unbridled intensity so perfectly to me as he did on the album’s closing track “Down and Away”. Just listen to those tonsil shredding screams at the end of the track. There’s a million Metal bands “heavier” than ROLLINS BAND, but I don’t hear so many pushing for that level of intensity.

Enter JULIE CHRISTMAS. I first discovered Julie as the frontwoman for Brooklyn Hardcore/Noise Rock/ Sludge Metal outfit MADE OUT OF BABIES, one time residents of Neurot Records, the label of Sludge Metal titans NEUROSIS. Aside from them being a great band, what stood out immediately with MADE OUT OF BABIES was the irrepressible intensity of this deceptively doll-like pixie of a frontwoman. Going from little childlike sing-song delivery to wild, yelping screams, hers is not a voice easily forgotten, or mistaken for any other.

Fast forward a few years (10 years ago) and Julie Christmas delivered her debut solo album “The Bad Wife”, showcasing an impressively broad musical range to accompany that voice. Let’s be clear about one thing though, Julie Christmas is not BJORK (thought maybe I can call her the Hardcore BJORK), nor is she some kind of operatic, leather clad Power Metal queen. On the insidiously creeping album opener “July 31st”, sparse, chiming guitars and eerie synths accompany a hushed croon, before the track bursts into life and Christmas progressively builds up to a crescendo, where from time to time she will… how can I put this… go for notes she won’t hit. But in a way that sounds like it should be like that. It’s just one fascinating aspect of this mesmerizing front woman. She sings like she’s expelling demons, without restraint.

The cover of the JACQUES BREL song (famously covered by SCOTT WALKER) “If You Go Away” gives a good indication of the reflective, un-Metal landscapes being explored on this album (as does “I Just Destroyed the World” originally written by WILLIE NELSON). At times, flutterings of mournful, shimmering guitars even bring to mind RADIOHEAD. Certainly, a lot of this album is very contemplative (dark storm clouds of contemplation), though the bursts of aggression and unbridled intensity are if anything more affecting because of this contrast.

Perhaps the heaviest song on the album, the single “Bow” (complete with its Little Red Riding Hood evoking video you can watch below) captures Christmas’ great capacity to pull everything back, as though she’s a vulnerable little animal curled up on the roadside, only for her at the moment that you lean in closer to suddenly lunge at you teeth bared.

The assorted backing band (including CANDIRIA, PERE UBU and ex-MADE OF BABIES members) abbly supply the “heavy” when it’s required; more often than not though the music here is understated and low-key, as Christmas tells her compelling tales of psychodrama over sparse guitar, drums and keys. Though Christmas often sings in metaphors and symbols, you quickly pick up the theme of (a) broken relationship(s), with the sense of menace and bad deeds going down hanging heavily over the proceedings. Song titles like “Six Pairs of Feet and One Pair of Legs” and “A Wigmaker’s Widow” support the general feeling of dread that you can’t quite put your finger on. When Christmas belows “when everything’s green” in the closing track I understand that this is symbolising some kind of new beginning, but there’s nothing redemptive in the tone. It sounds more like a tormented soul, closing her eyes tight, clicking their heels and through gritted teeth desperately repeating again and again “there’s no place like home”.

Those familiar with MADE OUT OF BABIES will recognise the dark, pulsing bass driven groove of “Headless Hawks”, but this and “Bow” aside, “The Bad Wife” is closer in feel to Gothic songcrafters like NICK CAVE or maybe even in places the weird, grotesque, vaudeville of TIGER LILLIES, than it is to Christmas’ former band, or her recent work with CULT OF LUNA, or indeed the short lived Post-Metal supergroup she fronted BATTLE OF MICE. Though this may be Julie Christmas at her least “Metal”, when I apply my trusty Rollins barometer of intensity, I can confirm that there’s no intensity lacking here. Ten years on and “The Bad Wife” has lost none of its impact. 8.5/10 Tom Boatman 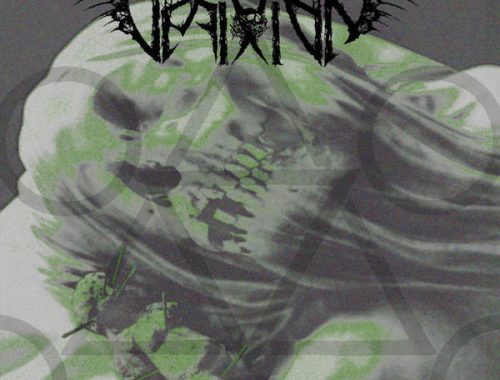