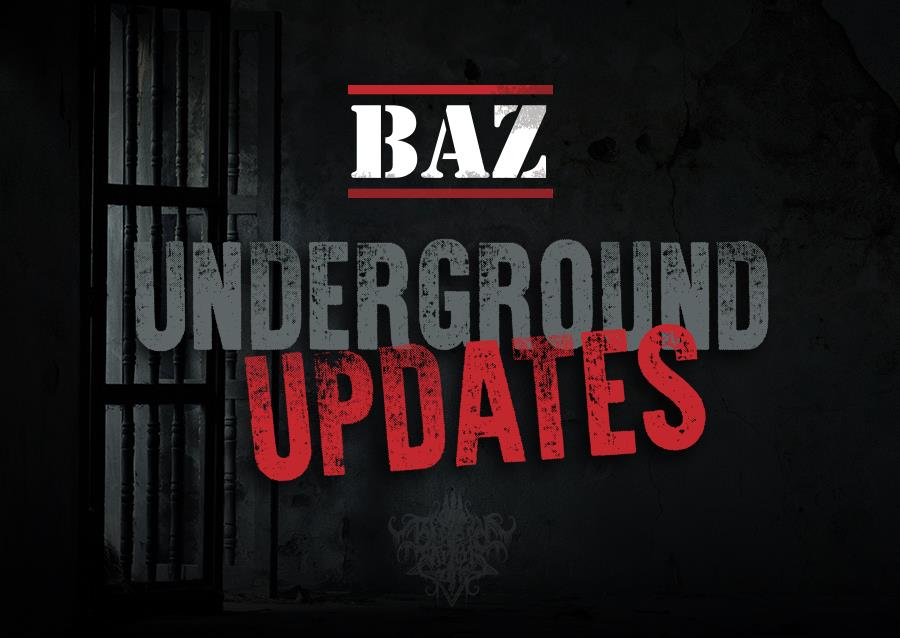 Welcome one and all to installment VI of BAZ Underground Updates, brought to you as always by Julia Katrin and Tom Boatman. Once again this week we have switched days, not because we’re trying to disorientate you, but to be able to give you a heads up of what you might otherwise miss and there is most definitely some cool news to share with you this week. As always make sure to check out previous updates if you missed them, for any offers that might still be running. Now enough jibber jabber.

Let’s see what’s out there…

One of the toughest things for music fans during this pandemic has been all cancelled and rescheduled shows we’re now missing out on. When we were coming up with the idea of BAZ Underground Updates we were hoping that we’d have some alternative behind-closed-doors “concerts” that we’d be able to advertise and now that time has come with a bang. Century Media Records have put together a bill of 13 bands from across the metal landscape, including VOIVOD, BAEST, LUCIFER and INSOMNIUM.“Isolation Festival” will be broadcast on May 14th on Century Media’s YouTube channel. The stream begins at 8pm CET/ 2pm EST / 11pm PST and will be online for 24hrs, so don’t miss out. Each band will be premiering exclusive sets they recorded especially. Go to Century Media’s website for more detail and the full line-up.

As we’ve already seen in previous updates, Black Lion Records have been a standout label these past weeks with special offers and promotions. The extreme metal home to great new releases by bands such as KVAEN, NEMESIUM and MARROWFIELDS have confirmed that for the whole of May it’s ‘name your price’ on most of their digital catalogue on bandcamp. Make sure too that you check out their excellent subscription offer. Read more about it here.

Swedish symphonic/ power metal band MAJESTICA (formerly ReinXeed) have announced a forthcoming live stream on Saturday, May 16th, 20:00 CEST on Facebook. The stream will include an exclusive liveshow, Q & A, and virtual merch booth. Sign up to follow the event here.

If you’ve got an itch for some really nasty death metal, Pennsylvania’s ULTHAR, follow up their 2018 release “Cosmovore” with their latest batch of savage, dystopian brutality “Providence”. Released on June 12th, you can pre-order the album now on a variety of limited vinyl editions, CD, cassette and digital, from their label’s bandcamp page here.

There’s more death metal in the pipeline, of the most brutally pounding variety, from Californians XLBALBA. Check out the band’s new album “Años en Infierno”, soon to be released on Southern Lord and available for pre-order now. It’s an absolute beast. Prepare to be pounded into the ground.

Returning with their first full-length release since 2002’s “Cypher”, Finnish symphonic black metallers …AND OCEANS are back with a bang with the suitably gigantic sounding “Cosmic World Mother”. There’s a variety of vinyl and CD options as well as some other merch worth checking out here on their bandcamp page.

If you’ve got an itch for some prog-metal à la ANATHEMA, PORCUPINE TREE or QUEENSRYCHE, check out the latest album of Norway’s GREEN CARNATION. “Leaves of Yesteryear” is the band’s first new material in 14 years and there’s a range of formats available here on their bandcamp page.

And finally, the chance of seeing “Walk” live onstage by Phil and Rex with the Abbott brothers are sadly gone forever, but that doesn’t mean you can’t give a humorous nod to the boys, while also satisfying both your antisocial tendencies and good social distancing practices, with these new Pantera “Stay Away From Me” facemasks. Check them out here at the PANTERA merch store. All proceeds to charity. And while you’re there maybe you’ll fancy picking yourself up one of those classy “Far Beyond Driven” t-shirts, with the original neighbours. Something to charm your friends and neighbours with. As has become clear, this week proves to be just as filled with metal goodness as the previous ones and as you can see there are plenty of things out there to keep yourself occupied with. So instead of laying around collecting dust in quarantine, may we suggest you headbang in your living room while attending virtual metal festivals on YouTube and support the hard working artists at the same time? 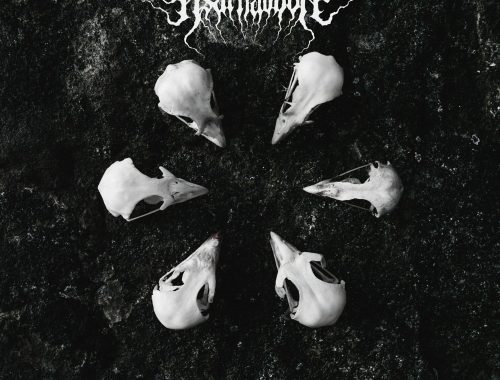