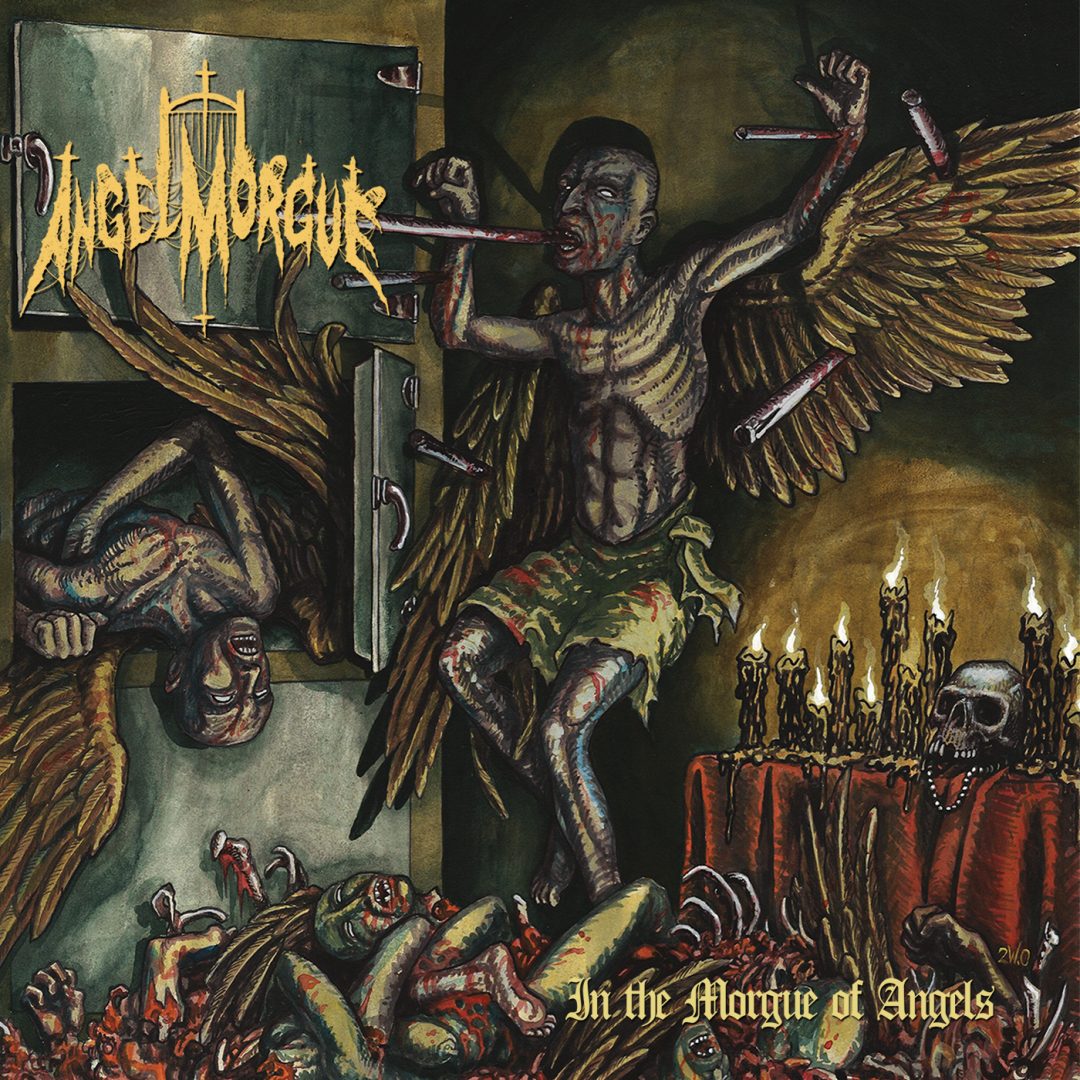 Angel Morgue – In the Morgue of Angels

Nothing better than a little bit of death metal during the week mixed in with all the other genres I tend to roll through during work. A desk job isn’t bad at all! This time Angel Morgue was on the menu and their debut album “In the Morgue of Angels” released just last Friday, on the 7th of August.

“Lust Murder” started up this debut album in a dark and doomy way; the appropriate guttural death metal vocals aren’t missing either. The guitars are on the fuzzy side with a doom riff that brings the thoughts to the likes of Black Sabbath. The production as well is heavy and meaty, yet quite unpolished and revealing. “Raped in Church” also brings forth the appropriate blast beat and chugging fast paced guitars. The riff itself it rather hard to distinguish because of the extremely loud drums and the overused compression in the mix. It’s a shame the mix is such a mess but there are however a lot of head-bangy passages, which is always a good thing.

“Various Stages of Decomposition” starts out a bit slower than the tracks so far but nothing new really sticks out. It’s a rather traditional death metal, nothing too fancy but not shabby either but this group surely sounds better when playing slower. The sound becomes rather distorted and cluttered in the mix during the faster segments even if the performance and songwriting is quite good. “Holocaust Perversions” is in itself as a title disturbing enough, but the song also starts out in a very unsettling way. Even if there is some so called gravity blasting in the drumming, this all is starting to sound rather watered out. I would prefer it to have more variation to keep my interest.

“In the Morgue of Angels” closes this debut and the bass is given some well-deserved love in the introduction. Once more the riffs and drums are fast and steady, with the vocals filling in the red line. Over all, this debut is as so many other groups debuts; cluttered and sort of all over the place, yet somewhat lacking diversity. The performance is great but the mix is just not balanced for both the slow heaviness and the fast paced explosions, making the latter sound way too chaotic and muddy. But it is what it is, and traditional death-metal fans that also fancy some doom will most likely be satisfied with what has been brought to the table. 6/10 Julia Katrin

6/10 We may survive!
**Please support the underground! It’s vital to the future of our genre.**
#WeAreBlessedAltarZine
#TheZineSupportingTheUnderground 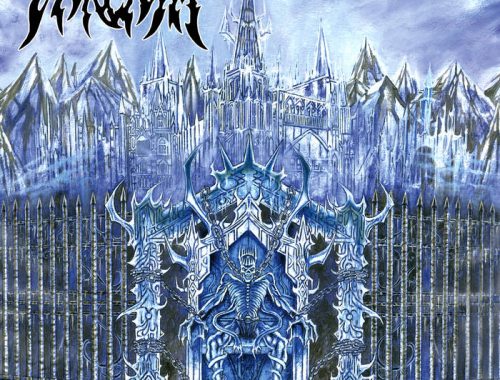 Sarcasm – Esoteric Tales of the Unserene