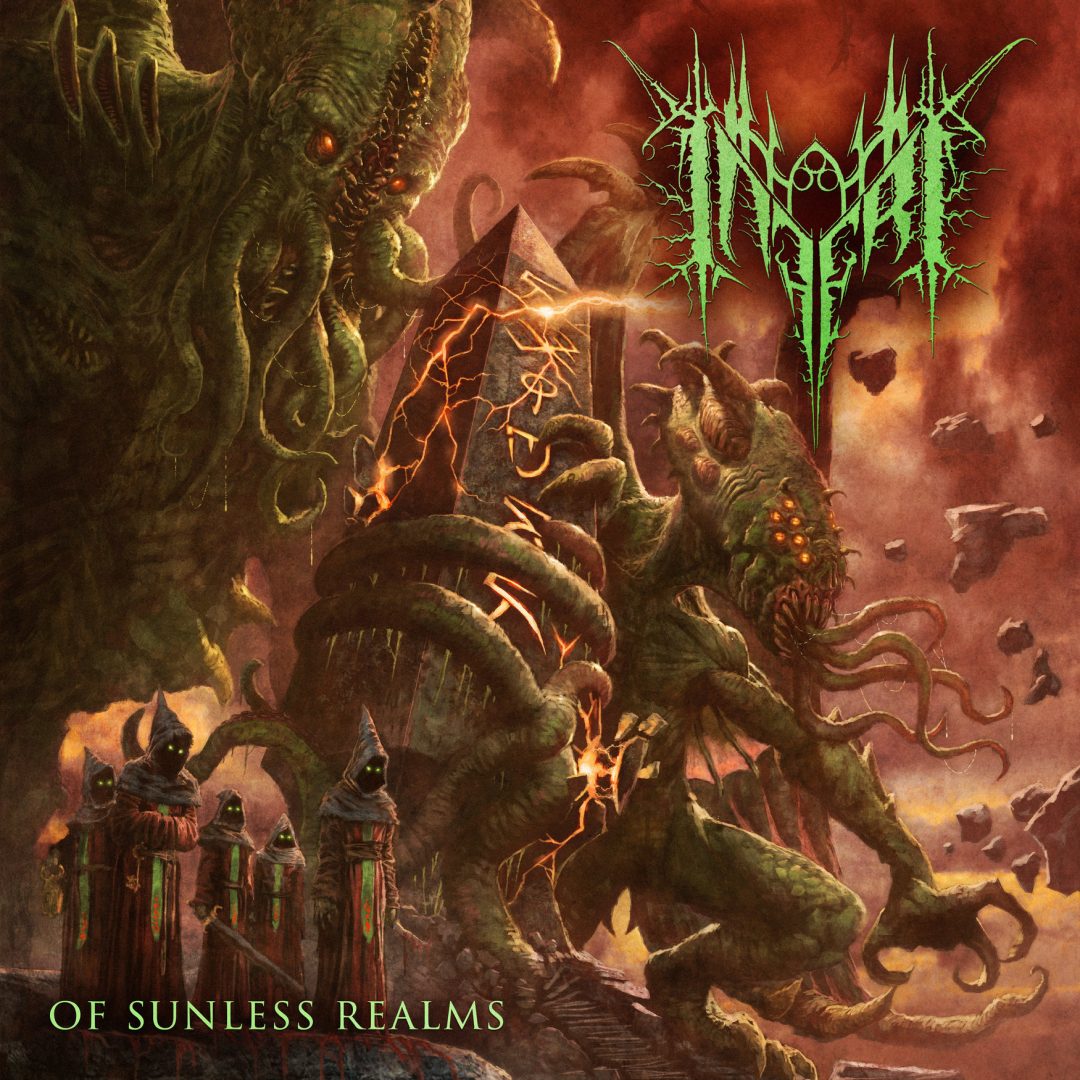 So, this week I found something quite interesting. The band Inferi was up for grabs and what they are releasing on the coming 9th of October, is an EP titled “Of Sunless Realms”. The five-track release is the first EP this group releases, after having previously released no less than six full length albums. Which was interesting because looking at photos of the group it made me think they were quite young, perhaps too young for having so many albums behind them.

“The Abhorrent Art” starts this work with clean guitars, choirs, pianos, and a lot of atmosphere. The tone is set before the pummeling drums and distorted guitars join in. Its one of those more modern type of technical death metal, like the Black Dahlia Murder and such. It feels as if it’s the usual display-of-talent-tracks that is normally the first in line, not much soul to speak of but the talents on display are undeniably good.

“Eldritch Evolution” follows up with immediately noticeable more soul. Almost like Cradle of Filth, the vocals are high shrieks in turns with low guttural growls. Lots of melodies come around although still traditional with flare and wowzaa. It’s quite over the top technical metal, but as already stated it has a lot more soul than the previous one, without being all about playing fast and complicated stuff.

“Spellbound Unearthed Terror” has to it some sort of Terminator sounding metallic menace approaching sound in the intro and with the vocals switching from shrieks to growls like before it almost feels as if there is a dialogue going on. In short; metal music on speed.

“The Summoning” includes some backwards speaking demonic source from the realms below then joined by synthetic strings and a piano playing a beautiful yet disturbing melody. Add some church organ to the part when the choirs join in and you got yourself a grand and spectacular piece of music. Working as an intro to the final track “Aeons Turn” it turns out to be a in a swaggering theatrical tempo. A red thread is present throughout even if the track is packed with material, it’s like a waltz with insanity.

In only so few songs it went from “meh” to “oh!” in quite the short time. The progress through this EP is obvious as each track gets better as it goes. I get rather tired quickly of this sort of music where the main perspective appears to be skill showoff instead of any songwriting qualities, but here that is not the case and I even thing that five tracks work better than between 8 and 10 or even more.

The last track alone proves that this band knows their stuff, and the previous six full-length albums from this group have surely helped them progress and evolve their skills. Nice work. 8.5/10 Julia Katrin Down Among The Dead Men – …And You Will Obey Me 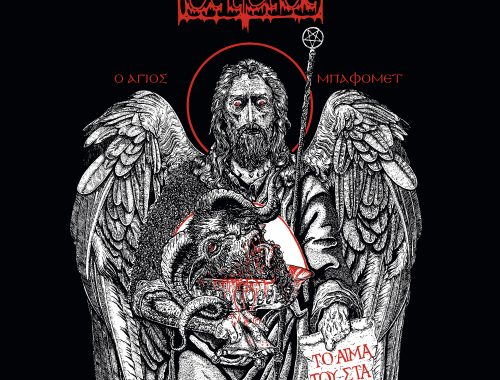