Good metal Sunday to all and hope that this weekend was decent. Those music lovers out there are in for a treat, because this week the chosen lettter is “W“. Why? Oh..because metal reaches far and wide into the alphabet with countless bands named any creative name possible, and in my choice this week, W is for Windir.
Please sit back and enjoy our writer’s choices of “W ” and maybe something will inspire you to check out more of the discographies or rediscover anew, why the band resonates with you.

Now to get started with Windir…
This band expressed black/melodic/Viking/folk metal in their own distinct way. Windir began in 1994, hailing from Sogndal, Norway and their name translates to “warrior” in English. The early days of Windir creatively and solely, was the brainchild of “Valfar” Bakken, as vocals and instruments. He managed to put together two albums, before recruiting band mates to pitch in on the later albums. read more

One interesting fact about this band is the term “Sognametal”. What is that? Well, Windir coined it, and refers to the music being written in the Sognamal dialect of Norwegian, deeply rooted in 2nd wave black metal, bringing in Folk and classical music elements and furious beautiful thrash /black metal riffs.
Windir is often referred to and classed as Sognametal because they were the first band to incorporate this unique take on their music.
Four albums in total were made by Windir, being: “Soknardair” (1997), “Arntor” (1999), “1184” (2001) and finally, “Likferd” (2003). In 2004 “Valfar” passed away, and so in a way did Windir. That being said, the scope of work and creativity of the band and the singular mark they left musically as a band is undeniable. Listen to their work and feel what they created.
Metal Marie

France’s Wheelfall are a pretty hard band to pin down stylistically. Put on their debut album “Interzone” and you’ll probably find yourself thinking of Clutch or Kyuss or maybe even a bit of Monster Magnet (though already you’ll hear some Industrial elements in the mix). In my opinion though it’s with their follow-up (2015’s “Glasrew Point”) that shit starts to get really real (for real) and the music gets really dark and interesting. read more

The band reference Neurosis, Godflesh and Today Is The Day in their bio (you’d be hard pressed to come up with a set of Metal reference points that I would find more appealing), and there might be elements of the Industrial Metal stylings of Young Gods too. So there are a lot of deep, stomping, repetitive, misanthropic sounding dirges (and I mean that in a positive way), but with the Neurosis and Today Is The Day influences you also get some really darkly emotive and strange sonic elements, where the music will veer off into different directions. Altogether you can probably class this as Avant-Garde Metal, while on tracks like “The Drift” there’s maybe even a flavour of the Gothic Metal of Type O Negative.

The band’s third album “The Atrocity Reports” is another worthy addition to the band’s catalogue, with the malevolent sounding single “Violence Is Seduction” being especially memorable. Just a few days ago the band put out their fourth album “A Spectre Is Haunting the World” and if you’re finding you have an itch for something danceable and catchy, but equally bleak and apocalyptic, then I strongly recommend you get yourself acquainted with this band. Tom

From the fertile and rolling plains of western Hungary comes WitcheR, an atmospheric black metal duo who have been propagating delightfully dark melodies for the past decade.

The master musicians behind the band are Roland Neubauer (guitar, vocals and drum programming) and Karola Gere (keyboards). Since 2010 the pair have produced a total of eight releases including: two demos, one EP, two splits, and two full-length albums “Csendes Domb” (2015) and “A gyertyák csonkig égnek” (2019). Their most recent release came last month, when they released a remastered version of the 2012 EP “Néma gyász” which also includes a new bonus track. read more

Their sound is rich, dark, sombre and impassioned, with breathtaking melodies and eloquent, immersive atmospheres. The vocals are harsh and the lyrics are delivered in the Hungarian tongue, which for some reason seems rare to me, and is unique in my own personal collection. Although I can’t decipher the themes myself, with the help of Google translate (which I know is questionable) they seem to touch on ideas such as death, self reflection, solitude, and old values and ideologies. If you are looking for the type of haunting atmospheric black metal that is so deeply engrossing that you can leave your real-world burdens behind for a while, then I suggest you check out WitcheR. Proua Metallist

W is certainly for Wormwood!

Had no choice but to pick these for this segment if you don’t know Wormwood they are like ‘Sólstafir’ does black metal from Sweden, such a unique and fantastic band pushing the black metal genre forward and showing it can be more than just low-fi noise it can be mystical, folky, epic, moving and most importantly completely ORIGINAL. read more

Particularly the ‘Nattarvet’ record (2019), it’s throwing EVERYTHING they have an as a band in regards to personal and individual influences and by Yahwei its easily one of the best black metal albums I have ever heard. HEAVILY recommended this record you will not be disappointed I promise you. I could go on and sell it to you but I don’t need to just go listen to easily one of the best black metal bands in the world right now. Kieran

This young band from England started (the first release) in 2014. One demo named “Demo MMXIII” and in 2015, when I had the knowledge of their own existence, they release the first album named “Wolfbastard” and this band unleashes a very good mix. A Black Metal with some Crust. read more

In 2018 they released the second album named “Graveyard Sessions”. It’s true that the mix of music styles is not new and many others already made, but the way they do it sounds awesome to me. In fact, it is a band that I would love to see live. Check them. They deserve. The Key Keeper 666 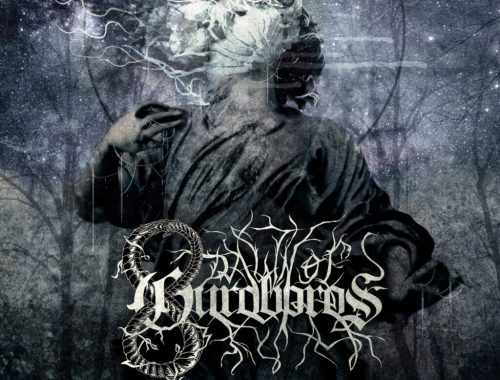 Dawn of Ouroboros – The Art of Morphology

CHILL/BURN: Our unique ways to chill out or burn up…