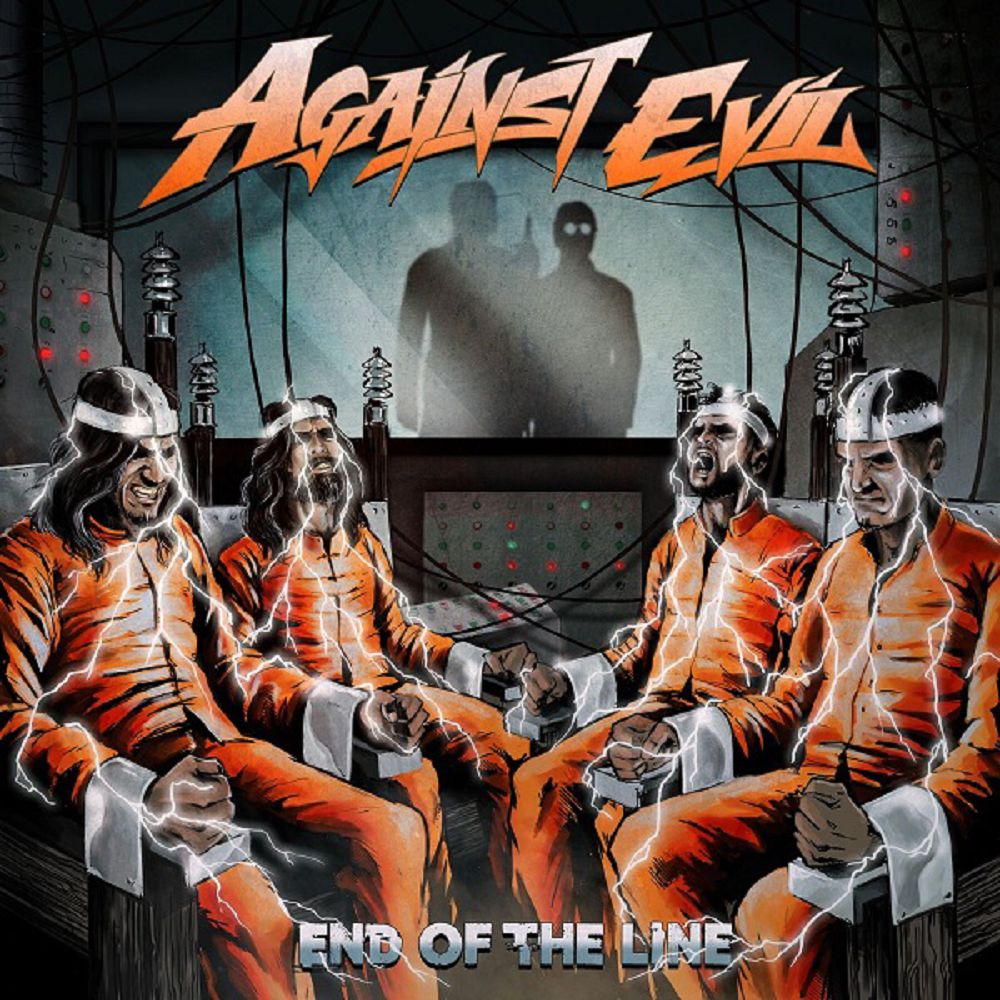 Against Evil – End of the Line

I must admit it, India is not the country where I go to look up when searching for new Metal releases. But this is changing for me now, ’cause I’ve seen some great stuff coming from there lately, and I decided to take a listen of Against Evil second full-length album. And… it was even better than expected.

Musically, it is clear that these guys are highly influenced by classic Heavy Metal from the 80s in its purest form. Doesn’t matter which bands they may have taken their inspiration from, they recreate perfectly THAT sound. Nothing innovative or original, but this is an outstanding and powerful display of habilities. Let me talk a bit about each part that conforms this whole…

Guitars are played with accuracy and distilling a traditional flavour in every riff and solo. As it can be heard, Shasank and Sravan are really skilled. Same as Siri, at charge of the 4 string instrument and the vocals. Bass is another highlight in this album, it’s perfectly audible and it has very good sound. There are some stellar bass passages all through the album and I really love it! Also a guest collaboration provided by Billy Sheehan in “Out for Blood”, it’s so enjoyable!

Vocals are mid-ranged and with a raspy sound that, even if it’s not anything out from this world, really does the trick in an album of this kind. You won’t find high pitched screams here, but believe me: there’s no need of them at all, I really love the way that at some points the vocalist shouts an epic phrase and then I find myself headbanging and shouting it loud too…

Drums are also really good, usually mid-paced but they can also play at a bit faster when required. Noble John’s beating wraps the songs in a powerful way, always well balanced and being played in a classic way, which fits perfectly with this traditional metal sounding album.

All songs are strong, heavy, with lyrics about metal, women, fights and swords and with an epic feel and sing-along choruses, I find it so uplifting when I can be repeating them since the first listen! One of my favorite songs is “Speed Demon”, what a neck breaker! Here you can listen to the drums going faster and leading you into real madness with great choruses and the outstanding guitar solo.

“Metal or Nothin’” is the Metal hymn that this album needed, I instantly feel transported to a Metal gathering in which the crowd is singing along the chorus all united, people dressed in denim, spikes and leather, drinking beer and rising our fists high in the air, and feeling those invisible ties that we all as metalheads feel when we are together listening to Heavy Metal. At least this is my impression. And in these days when everything seems messed up in some way, this comforts me a lot. This album will be released on May 14th, 2021. Brace yourselves, it kick ass!! 8/10 Sílvia

This is the official video for the opener, “The Sound of Violence”

8/10 To greatness and glory!
**Please support the underground! It’s vital to the future of our genre**
#WeAreBlessedAltarZine
#TheZineSupportingTheUnderground