In the realms of extreme metal, the title can be earned due to breakneck speed, at other times it’s slow, crushing heaviness that sets the tone; sometimes the music may fall into neither category, but possess another characteristic: it sounds fucking mental. And so it is with “Reset”, the debut album by French industrial/ grindcore merchants Carivari. Napalm Death style riffing and hyper-intense industrial beats are not so much blended together as forcefully kicked down the stairs by an ogre with a Full of Hell tattoo across its forehead. So yeah, that’s kind of what’s going on here.

From the spastic, glitchy assault of opening track “Trapped Between 2 Mirrors” it is immediately clear that we are in for a rabid, cyclonic auditory battering, as the band channels Ministry at their angriest and catapult a battery of samples, strange, sudden breaks and metallic aesthetics, all jammed together with jaunty electronics and a an air of Today is the Day at their most cacophinous with mad, full-throttle intensity. Riffs come and go quickly as is the grindcore way and these are essentially the elements that the band shuffle back into the deck and spew out in some new configuration with each track. At times, most notably the mid-album track “Danse Macabre” it does feel a bit like being thrown backwards down a metal ventilation shaft with a backpack full of fireworks… I imagine.

The aesthetic Carivari pursue is by its nature disorienting and jarring, but over time I find myself kind of mentally accepting being metaphorically flung to and fro, so that after a while my brain takes on the spirit of that meme with a smiling cartoon dog surrounded on all side by rising flames: this is fine. At various moments the band fully embrace their evident Napalm Death influences and blast us with some stomping riffs, such as on the maniacally frothing “There Won’t Be Answers”, or the dystopian groove of “Reject Them”. Probably nowhere do they lean more into this aesthetic than on the opening riffing of “Smithereens”, but the grindcore element never fully takes over as the band always let their demented industrial bent claw its way to the surface to keep the whole thing fully demented. The track “Democratic Rape” is a case in point as the band jump from a slow, doomy opening, to a rip roaring grindcore attack, that goes on to sound at certain moments like someone jammed a rocket up Al Jourgensen’s bum, strapped him into a pair of rollerskates and sent him down the stairs, backwards…always backwards.

While this is all good (un)clean fun, there does seem to be an underlying message to the album. What that is exactly I’m not sure, but I get the sense that the band is grappling with some existential issues all wrapped up in hyper technological advancement and the destructive consequences that can ensue in the hands of inherently destructive beings such as us the human race. These are some of thoughts that go through my head as the album moves towards its peak with the final tracks “Empty Shells” and “Dancing Plague” (both satisfying stompers that bring to mind the dystopian horror of “The Atrocity Reports” from the band’s label mates Wheelfall) and the closing title track, which just happens to contain probably the best riff of the whole album about two minutes in.

“Reset” is 11 tracks and 38 minutes of nerve-jangling, industrial metal insanity and like an out of control slide down a hill on a makeshift toboggan, as you breathe a sigh of relief upon reaching the bottom pretty much intact, you may find yourself looking back up the hill and saying to yourself “yeah, let’s give it one more go from the top” 8/10 Tom Boatman

8/10 To greatness and glory!
**Please support the underground! It’s vital to the future of our genre**
#WeAreBlessedAltarZine
#TheZineSupportingTheUnderground Deadly Carnage – Through The Void, Above The Suns 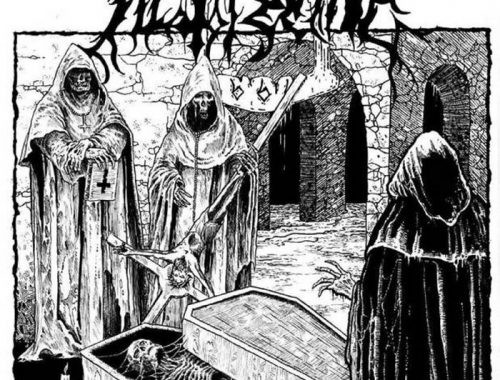 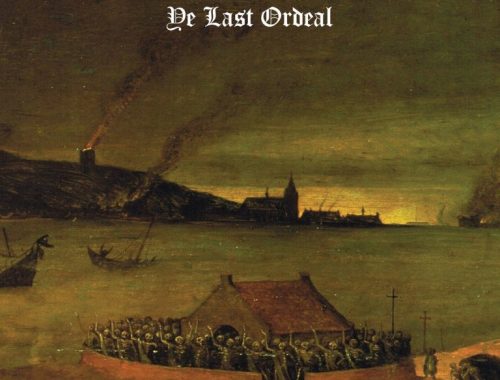