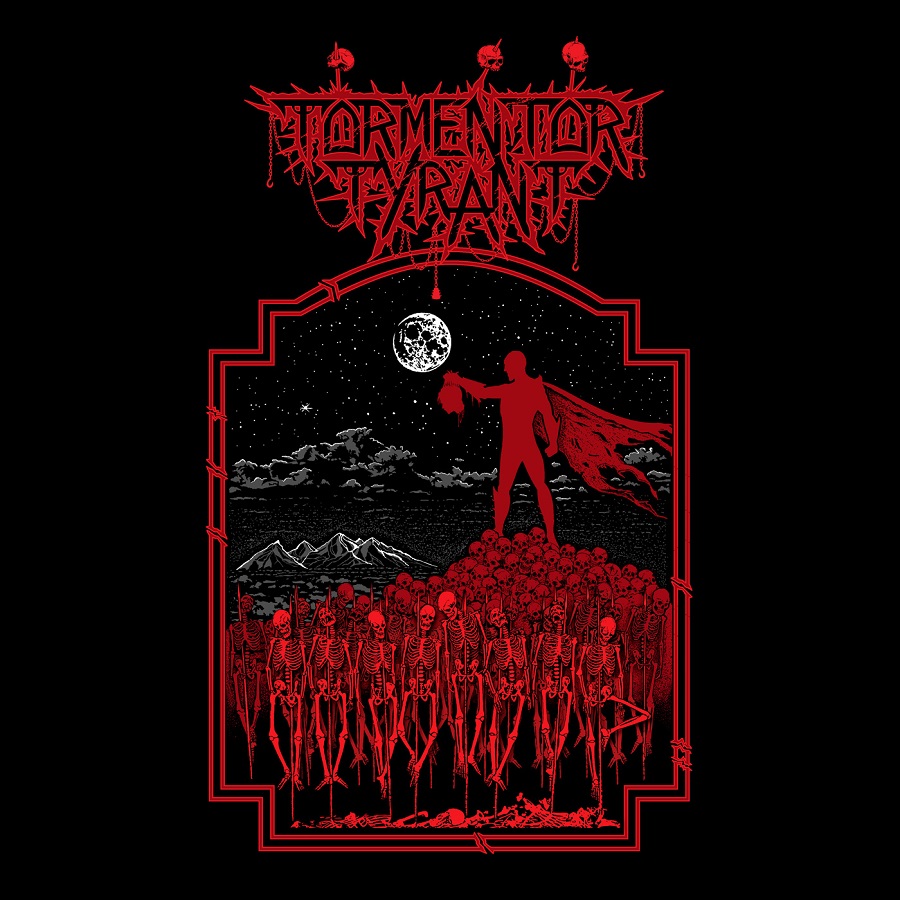 Here comes an unholy Death Metal trio hailing from Finland, whose members are/have been involved in some other bands (Corpsessed, Solothus, Cataleptic, Tyranny), so they are not new in the Metal scene, though this band was formed in late 2020. In the beginning they were playing Deicide songs, until they decided to put all their effort into creating their own stuff.

What can you expect from a presentation like this? Well, you guessed it: something that sounds brutal, uncompromising, furious… as Death Metal sounded in their early days. This EP debut by Tormentor Tyrant contains 5 tracks of pure sonic atrocity, those fast paced tempos will easily delight all Death Metal lovers, specially those who worship that primitive sound, unpolished and genuine.

First track of this EP, ”Tormentor Tyrant”, shows already all this band’s potential: some generic Death Metal riffs with a very audible bass, deep rotten vocals, along with energic drumming and frantic bass pedal that in the end it must be steaming! Next song, “Eternal Torment”, goes in the same vein of fast pace and evil riffage, though there are restrained sections in it, and in ”Primal Evil” vocals go a step further in brutality, sounding truly animalistic with those damn squeals! “All-Seeing Eye” is very short but intense, and in the blink of an eye you’ll be near the end; the last track, “Galaxy-Wide Terror” is the longest one, with a bit more of variations all through those 4 and a half minutes, I particularly like all those changes in tempo and the distorted guitar sound.

If you think that 17 minutes of Death Metal can’t cause you serious neck injuries, well, just wait until January 28 and check this EP. You have been warned… I give this 8,5/10 Sílvia

8,5/10 To Greatness and Glory!
**Please support the underground! It’s vital to the future of our genre**
#WeAreBlessedAltarZine
#TheZineSupportingTheUnderground 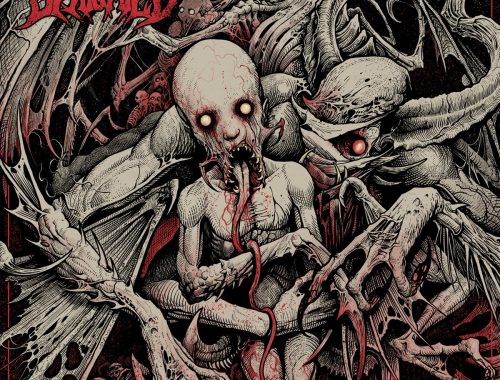 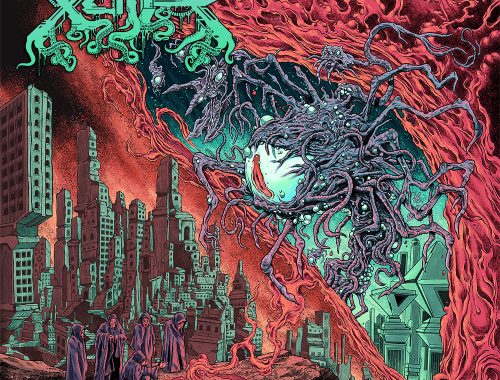 There’s a new beast emerging from the realms of

The primary theme of the song focuses on the inner